The energy crisis in Europe triggered by the ongoing war between Russia and Ukraine has left the continent short of hydrocarbon supplies and increasingly reliant on liquefied natural gas imports. Norway, the largest oil and gas producer in the region, has stepped up with a record-breaking sanctioning boom on the Norwegian Continental Shelf (NCS) that has seen a staggering 35 projects greenlighted in the last two and a half years – most at the tail-end of last year. According to Rystad Energy research, Norway will see development spending skyrocket in the short-term as the buildout of the project portfolio is estimated to launch a whopping $42.7 billion of greenfield investments.

These projects sanctioned under Norway’s temporary tax regime will help maintain high gas production on the NCS towards 2030. While key producing fields such as Troll, Oseberg and Aasta Hansteen will slowly enter the decline phase in the coming years, tax regime projects such as Aker BP’s Yggdrasil Hub (start-up in 2027), Shell’s Phase 3 of Ormen Lange (start-up in 2025) and Equinor’s Irpa (start-up in 2026) will be particularly significant in maintaining a steady high flow of gas from Norway to Europe.

NCS liquids production is also expected to sustain going forward, which is welcome news as Europe seeks to wean itself off Russian oil imports. From the temporary tax regime, Aker BP’s Yggdrasil Hub (start-up in 2027), Equinor’s Breidablikk (start-up in 2025) and Vaar Energi’s Balder Future (start-up in 2024) will be the largest contributors in terms of oil output. Most oil production will, however, stem from major fields sanctioned during the standard tax regime, such as Johan Sverdrup – particularly since the giant offshore field’s second phase came online in December 2022.

Together, these projects have pushed back the production decline on the NCS to 2028. According to Rystad Energy research, the additional supply of gas in 2028 will be about 24.9 billion cubic meters (Bcm), equivalent to around 6.225% of demand in the European Union and the UK combined. This increase from 96 Bcm to 121 Bcm means Norway will go from supplying just under a quarter (24%) to close to one-third (30.25%) of all European gas in five years.

“The outcome of this tax break is three-fold: increased investment on the NCS; increased tax receipts when production starts; and increased supply to Europe at a critical time. Norway will need to consider if this regime is a one-off to attract investment, or if lessons can be learned for the future,” says Mathias Schioldborg, upstream analyst at Rystad Energy.

Norway implemented its temporary tax regime during the Covid-19 pandemic-induced market downturn in 2020 to attract investment and secure future development spending on the NCS. The regime incentivized operators to spend by offering direct expensing and boosting the investment uplift rate on all ongoing investments in 2020 and 2021, as well as on all development projects sanctioned before 2023 up until first oil is realized. Despite a reduction in the uplift rate from 24% in 2020 to 12.4% in 2022, Rystad Energy calculated that the temporary regime still lifts the net present value (NPV) and lowers the breakeven prices of development projects, compared to both the old and new cash flow-based standard regime. With oil prices having recovered substantially from the slump in 2020, NCS operators have been scrambling to get their plans of development and operation (PDO) submitted within the tax window so that their projects can benefit from the favorable financial terms prior to the implementation of the new standard regime at the beginning of 2023.

Aggregated, the 35 projects sanctioned within the regime, 24 were greenlighted last year – making 2022 a clear record-breaker in terms of the number of sanctioned projects on the NCS in a single calendar year. Last year was also a winner in terms of the total value of projects sanctioned in a single year, expected to total nearly $29 billion. Aker BP operates 17 of the 35 projects on the list, including the Yggdrasil Hub (Munin, Hugin and Fulla), the Valhall PWP-Fenris project, the Skarv Satellites project (Alve North, Idun North and Orn), and the Utsira High tieback developments to Ivar Aasen and Edvard Grieg (Symra, Troldhaugen and Solveig Phase 2). All of Aker BP’s projects are in the North Sea, except for Skarv Satellites and Graasel. Equinor follows by operating 11 projects, including Breidablikk, Irpa, Halten East, the electrification of the Njord field, and prolonging the lifetime of the Snohvit gas field in the Barents Sea through its ‘future’ project. Other noteworthy contributions are Shell’s installation of a subsea compression system for Phase 3 of the Ormen Lange gas field, Wintershall Dea’s Dvalin North and ConocoPhillips’ Eldfisk North.

The buildout of the 35 projects will significantly increase short-term spending on the NCS. The peak level of investments resulting from the temporary regime is predicted to reach $9.6 billion this year, mainly boosted by Aker BP beginning its investment scheme for the Yggdrasil and Valhall PWP-Fenris projects. The projects are forecast to cost $12.3 billion and $5.3 billion, respectively. The cost burst at Vaar Energi’s Balder Future project has also squeezed the short-term greenfield investment level on the NCS. Greenfield spending from the 35 projects is projected to increase steadily over the next three years, reaching $9.1 billion in 2024, $7.4 billion in 2025 and $6.3 billion in 2026. However, a sharp decline is anticipated after 2026, when the majority of the projects come online, although Aker BP's Yggdrasil investment scheme will continue through 2027. Greenfield investments from the regime remain on track to be completed by 2029.

Production from the tax window projects is expected to peak at 921,000 barrels of oil equivalents per day (boepd) in 2028. Production stemming from the regime will not sizably increase before 2025, despite Aker BPs Graasel coming online in 2021, Hod last year, and a few smaller projects slated for launch this and next year. This first lift will be fueled by projects such as Equinor’s Breidablikk, Vaar’s Balder Future, and ConocoPhillips’ Tommeliten Alpha reaching plateau after coming online in 2024, in addition to Shell’s Phase 3 of Ormen Lange and Aker BP’s Tyrving starting up in 2025. A steep ramp-up towards peak is forecast, with production jumping from 300,000 boepd in 2025 to 446,000 boepd in 2026 and 702,000 boepd in 2027, powered sharply by the start-up of Aker BP’s Yggdrasil Hub. We expect production to steadily decline from 921,000 boepd at peak to 818,000 boepd in 2029, 659,000 boepd in 2030, and even out at 254,000 boepd in 2035. At this point, Yggdrasil, Ormen Lange, Irpa, Breidablikk and Valhall PWP-Fenris will produce the most. 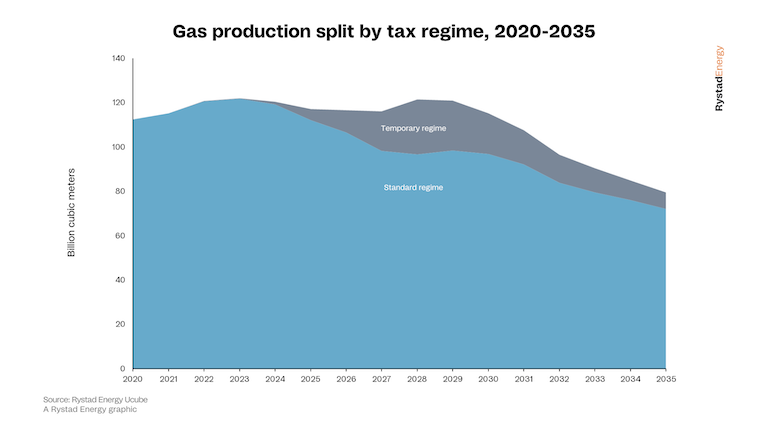 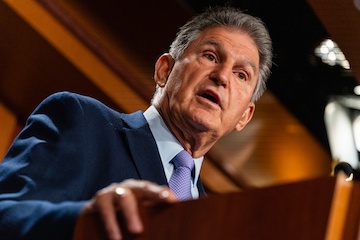