Judges considered 28 “exceptionally strong entries,” including 15 rigging jobs and 13 transportation jobs, according to a statement released by the association. Barnhart won in the categories of “Rigging Job Over $2 Million,” “Rigging Job Under $150,000,” and “Hauling Job Over 160,000 Pounds.”

“We are pleased that our work has been recognized by our peers,” said Jeff Latture, Barnhart’s senior vice president of sales and marketing. “Our team puts a tremendous amount of thought into every job we undertake to ensure that we provide the best solutions for our customers.”

Criteria for the rigging jobs included overall safety, ingenuity, planning and scheduling. The winning jobs represent those that successfully overcame project challenges in the safest and most creative ways.

In the “Rigging Job Over $2 Million,” Barnhart engineered and built equipment to lift, transport and set a 340 vault—originally a basement for a larger building—and the highly radioactive 309 reactor from the Washington Closure Hanford site in southeastern Washington state. The components were transported approximately 50 miles to the Environmental Restoration Disposal Facility.

The job presented several challenges, according to Latture. “Besides the obvious challenge of dealing with radioactive material, the location of the components to be moved required extensive engineering and planning. Special lifting and transportation securement devices had to be designed, fabricated and tested for both the 340 vault and the 309 reactor. Because it was radioactive, the reactor had to be moved concurrently with its shielding structure as one large monolith.”

The winning “Rigging Job Under $150,000” included the removal and replacement of a damaged blade on a 2.5 megawatt C-96 Liberty wind turbine generator. Barnhart utilized a craneless single blade solution to lift the blade, which at the time was the largest blade used in the United States based on sail area and weight. The blade measured 153 feet long and weighed approximately 33,000 pounds. The generator had a hub height of 80 meters and a rotor diameter of 96 meters. The system conceptualized, engineered and designed by Barnhart was built to be used multiple times for this turbine platform.

The system included a blade lifting beam based on a spreader bar concept with a pioneering fully articulating dual sheave lifting point. The load line was routed from a winch truck (an over-the-road tractor modified to accept a winch commonly found on a 100-ton RT) through the nacelle, around the gearbox, into the hub and connected to the blade lifting beam. The winch was mounted to a rotex bearing, giving the operator the ability to line up the cable.

During pre-lift safety checks, Barnhart’s crew discovered ice build-up in cracks in the damaged blade, which added more weight. On the fly, the crew drilled a series of holes in the tip of the blade and then utilized a pressure washer with heated water to melt the ice build-up and reduce the weight of the blade.

In winning the “Hauling Job Over 160,000 Pounds” category, Barnhart Crane & Rigging transported a secondary reformer vessel more than 1,600 miles from Tulsa, Okla., to Lima, Ohio by means of barge and over-the-road trucking. The vessel measured just over 73 feet in length, 17 feet, 8 inches wide, and 18 feet, 4 inches high and weighed 425,000 pounds.

“Due to the extreme dimensions of the vessel, we had to get really creative,” Latture said. “This is what our engineers live for.”

The result was a 300-foot-long, 24-foot, 4-inch wide, 18-foot, 9-inch high permitted load with a gross weight of 885,000 pounds, the longest and widest dolly transporter Barnhart has ever assembled.

To accommodate the width of the load, Barnhart developed a new, telescoping cross beam for the girders to attach to, allowing the dolly transporter to accommodate cargoes of varying widths of up to 21 feet in the well. Barnhart’s engineers custom-designed an anchor bolt adapter beam used to rig the vessel, secure it to the transporter and reduce the overall height. By bolting to the skirt of the vessel, Barnhart’s fabricators were able to achieve a much more desirable ride height than possible by cradling the cargo from underneath.

The vessel was transported 13 miles from Tulsa to the Port of Catoosa, where the cargo—including the transporter—was loaded onto a barge for the 1,357-mile transport to Burns Harbor, Ind., followed by another 235-mile haul to the final destination in Lima. This marked the first time Barnhart Crane has ever shipped a loaded dolly transporter via barge, but in so doing the company was able to eliminate shipping, assembly and disassembly costs. Before the vessel could begin the final leg of its journey, the logisticians at Barnhart had to overcome one last interesting hurdle: getting past the Lemont Bridge which spans the canal connecting Lake Michigan to the Illinois River. The bridge has a clearance of 19 feet between the water’s surface and the bottom of the bridge; the top of the transport measured more than 22 feet from the surface. The Barnhart team ballasted the barge to within two feet of the bottom of the bridge, transiting the canal without incident. 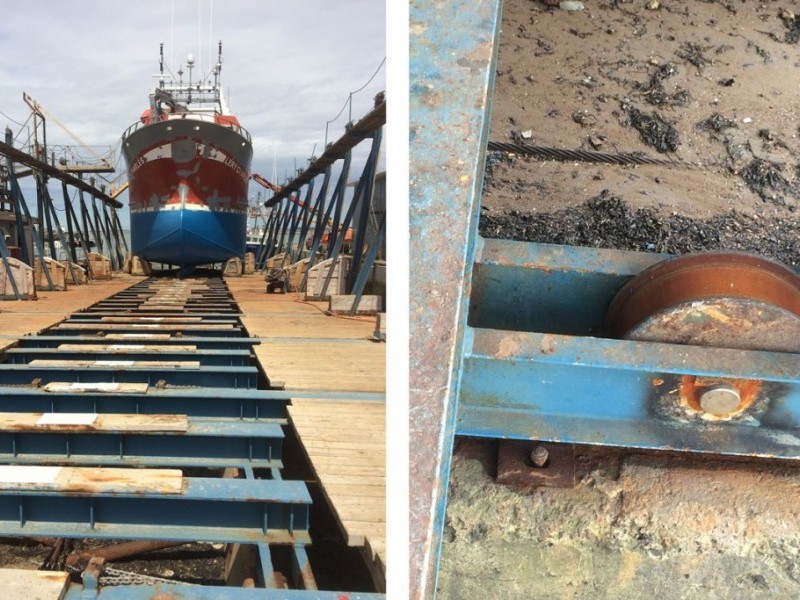 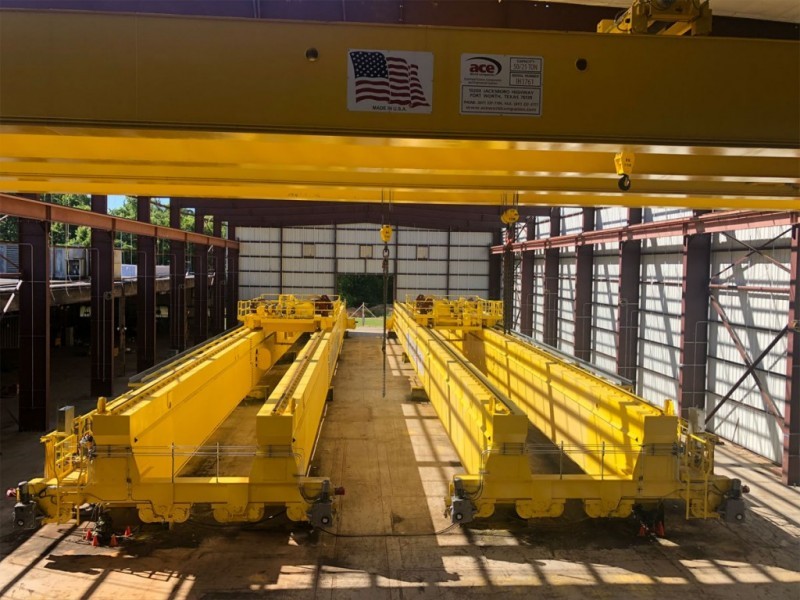 AntwerpXL, the award-winning event dedicated to breakbulk, heavy lift and project cargo, has released its first Trends Report ahead of its return to Antwerp Expo, Belgium, on 7-9 December 2021.