At the Plymouth Energy LLC plant in the heart of the U.S. corn belt—where home-grown fuel from grain was supposed to ease American dependence on foreign oil—every drop of ethanol goes to motorists in Brazil.

Like many Midwest distillers, Plymouth’s Merrill, Iowa, plant was built a decade ago for a U.S. market that was importing ethanol to satisfy laws mandating increased use of renewable fuels. Since then, surplus capacity and a glut of cheap gasoline has left the industry navigating losses and looking for new markets. That has helped spur exports as far away as China, but the biggest surprise buyer in recent months has been Brazil, the world’s No. 2 producer.

While Brazil makes ethanol from its sugar-cane crops—the world’s biggest—the cost surged as economic and political turmoil led to accelerating inflation. As the price of gasoline rose to a record, owners of flex-fuel cars that can switch to ethanol did so, and inventories plunged by 75 percent from a year earlier. Last month, imported fuel was the cheapest relative to local supply since 2011, offering at least a temporary lifeline to struggling U.S. producers.

“The export market is the only hope the U.S. market has for balancing supply,” said Christoph Berg, managing director of commodity researcher F.O. Licht GMbH in Ratzeburg, Germany. “Without it, you may have to close or at least temporarily idle plants.”

After importing a record 452 million gallons from Brazil a decade ago, the U.S. exported 5.7 percent of its production in 2015, which is more than triple the average rate in the years before 2011, government data show. Brazil has become the No. 2 buyer of U.S. ethanol, after Canada. The Philippines, China, South Korea and India round out the list of top importers.

Overseas sales have helped ease the pain for some U.S. distillers, including Plymouth, which can produce 50 million gallons a year. The company’s shipments to Brazil have jumped to 100 percent of output, compared with periodic exports that began in 2012 and included sales to Europe, India, Peru and the United Arab Emirates, Chief Executive Eamonn Byrne said.

“There’s just too much of it here,” said Byrne, adding that he never expected to be shipping fuel outside the U.S. “These markets are very, very heavy.”

The U.S. ethanol industry is on pace to produce 700,000 gallons more than refiners need, the government estimates. Total exports in January—the most recent data available—reached 87.2 million gallons, a 14-month high and the second-most ever for that month, the U.S. Energy Information Administration said in a report Monday.

Demand from Brazil may accelerate this year because of a widening gap between the cost of domestic supply and imports, said Mark Marquis, founder and CEO of Marquis Energy LLC, a Hennepin, Illinois-based ethanol producer.

While about 27 percent of all gasoline contains ethanol in Brazil, higher costs have spurred demand for hydrous ethanol—the type used in flex-fuel cars. At the end of last month, domestic inventories of the fuel fell to about 300 million liters, compared with 1.2 billion a year earlier, according to Datagro, a Sao Paulo-based consultant.

At current prices, domestic ethanol is 42 percent more expensive than the cost of importing U.S. supply from ports in the Gulf of Mexico, government data show. Last month, the price gap topped 0.7 real, the widest since May 2011.

The rally may not last. The high cost of fuel is creating an incentive for cane processors to make more ethanol rather than refined sugar, which may revive stockpiles and reduce prices. And while U.S. shipments to Brazil in December and January were the highest since May, they were less than half the purchases of a year earlier, government data show.

Managers at Petroleo Brasileiro SA, the state-owned oil company, have proposed cutting gasoline prices to reverse a slump in domestic demand and curb rising imports, though no decision has been made, according to a person familiar with the discussions.

“The trends are good for the next month or so” for U.S. exporters, said Jerrod Kitt, an analyst at Linn Group in Chicago. “You’re not going to ship a cargo of ethanol to Brazil after June 1.” 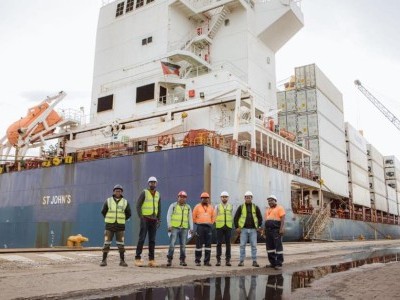 Russia slips into historic default as sanctions muddy next steps

Russia defaulted on its external sovereign bonds for the first time in a century, the culmination of ever-tougher Western sanctions that shut down payment routes to overseas creditors.