Transpacific container lines continue to experience a surge in eastbound bookings that began in January and is expected to continue into the second half of 2014, with vessel utilization in the mid-90% range via the West Coast and in the high-90% to full range to the East and Gulf Coasts.

To cover contingencies in the event of an earlier than usual peak season – diversifying port gateways, rerouting inland traffic, leasing extra equipment – member lines in the Transpacific Stabilization Agreement (TSA) have adopted a $400 per FEU peak season surcharge (PSS)for all shipments, effective June 15, 2014. Prior to the PSS, TSA carriers have recommended a guideline general rate increase (GRI) of US$300 per 40-foot container (FEU) to the West Coast and $400 per FEU to all other U.S. destinations, effective May 15, to further help offset rate erosion seen in recent months.

Both actions, TSA said, are separate from the group’s 2014-15 rate and cost recovery program for service contracts that are now being negotiated and come up for renewal on May 1.

“Carriers continue to play catch-up on rates, which have been effectively stagnant since 2011,” said TSA executive administrator Brian Conrad. ‘Modest revenue gains from recent GRIs will not be adequate to pay for upgraded services to meet likely demand surges in the coming months.”

Due to the increase of the operational costs in Gambia, MSC announced a PAD (Port Additional) effective May 14th, 2021 gate in date. 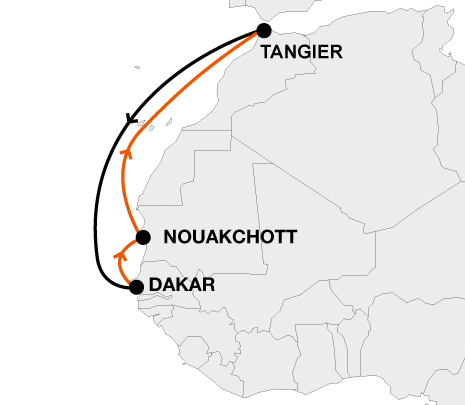