Corpus Christi, TX, USA – U.S. Congressional leaders reached an agreement to lift a 40-year-old ban on crude oil exports on Friday, December 18, 2015. The Senate voted overwhelming in favor, sending the legislation to President Obama for his signature. The House voted to pass the legislation in separate action earlier Friday.

The agreement would end the U.S. crude oil export ban, enacted in the 1970s in response to an export embargo to the United States enforced by Arab members of the Organization of Petroleum Exporting Countries. With U.S. oil production now rivaling that of Saudi Arabia, supporters of lifting the ban said U.S. policy should be updated to reflect the new energy landscape.

With infrastructure capabilities to handle liquid bulk, deep water shipping channels, and a strategic location within U.S. oil producing regions; Port Corpus Christi is positioned to positively benefit from the repeal of the crude oil export ban. The United States, South Texas, and the Coastal Bend region will see an increase of domestic energy production translating into more energy related jobs, improvement to the U.S. balance of trade, energy security, lower gasoline prices, and the strengthening of America’s geopolitical standing around the world.

“Lifting the crude oil export ban will boost the American economy, fostering job creation and lowering energy costs at home. Doing away with this antiquated policy gives the United States an opportunity to promote stronger relationships with our allies around the world, who can now diversify their energy supply and enhance their national security,” said U.S. Senator John Cornyn.

Ruben Martin III, President and Chief Executive Officer of Martin Midstream Partners commented, “The Port of Corpus Christi is poised to become a world class crude oil export facility and Martin, through its existing Corpus Christi multimodal crude terminal and ongoing expansion of these facilities, is well positioned to service the needs of the largest crude oil vessels calling on the Port today as well as those which will call on the Port after the deepening of the channel.”

This action taken by the U.S. Congress will unleash the full potential of America’s energy boom, creating new jobs by the hundreds of thousands across the region and the United States. It will increase investments in the region generating a greater economic growth impacting regional and U.S. economies, workers, and consumers. Federal, state, and local taxes from expanding crude oil exports could reach $14.5 Billion in 2020. Technology advances in drilling will set the United States to surpass both Russia and Saudi Arabia as the largest global producer of crude oil. It will increase America’s energy security by continued investment in - and development of - resources here at home allowing a greater U.S. diplomatic leverage worldwide.

Omar Garcia, President & CEO, STEER said, “Lifting the ban on oil exports will continue to directly impact the Eagle Ford Shale region by ensuring this growth is both long-term and sustainable. South Texas and the Corpus Christi region has greatly benefitted from the oil and gas industry, according to the most recent data available the economic impact was nearly $87 billion.” Garcia added, “Countless studies over the past few years have shown the benefits of opening oil exports. One such study by Rice University’s Center of Energy Studies shows that the Eagle Ford stands to benefit the most from the approval to export oil due to decreased transportation costs and type of production. “

Free trade of transportation fuels is already allowed in the United States. In 2013, the U.S. exported $150 billion of petroleum products. The lifting of crude oil exports will help narrow the trade deficit by $22.3 billion in 2020.

“A lifting of the crude oil export ban would certainly be good for the Port of Corpus Christi,” said NuStar President and CEO Brad Barron. “NuStar’s North Beach Terminal is the end point for our South Texas crude oil pipeline and storage system that brings crude from the Eagle Ford Shale play to the port, and we could immediately begin loading the large export cargoes of crude from our existing dock space at the port.”

CMA CGM and ENGIE set to co-invest in the Salamander project, to produce second-generation biomethane

• First concrete project under the strategic partnership that ENGIE and the CMA CGM Group signed in November 2021. • CMA CGM will acquire a stake in the Salamander project…

Watch out Iraq and Saudi Arabia, Russia is making huge inroads into the Indian oil market and has quite possibly become the largest supplier to the giant Asian buyer. 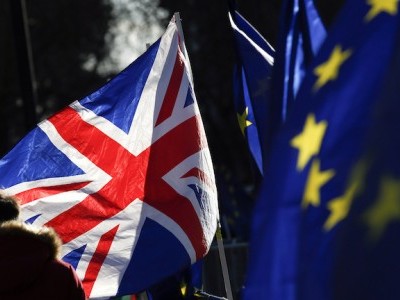 The European Union and New Zealand concluded talks on a new free-trade agreement Thursday. The two regions do about 11.5 billion euros ($12 billion) of trade in goods and services… 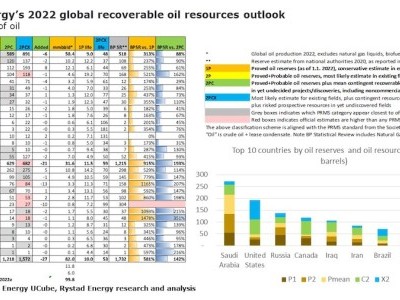