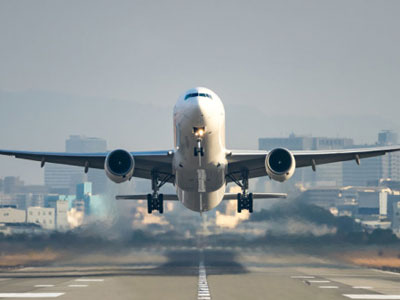 The new DSV-Panalpina is now the second largest air forwarder in the world behind DHL. Will the hookup trigger more mega-mergers in the highly fragmented air cargo handling industry?

Announced in April, the $4.6 billion acquisition of Swiss freight forwarding powerhouse Panalpina Welttransport Holding by its larger Danish counterpart DSV A/S will reorder the higher-margin air cargo handling industry. It will vault the combined DSV-Panalpina operations to second place in the world behind DHL and ahead of Kuehne + Nagel. It also marks the comeback of the mega-merger in logistics providers and likely sets the stage for further consolidation in the still-fragmented industry.

“When you look at our list of the Top 50 Global 3PLs, every one of them except for Total Quality Logistics, TQL, has done some type of acquisition,” said Evan Armstrong, president of Armstrong & Associates, a 3PL market research and consulting firm. “Customer relationships especially on the value add warehousing distribution side tend to be very sticky. So, in a lot of these acquisitions, they’re buying customers.”

“On that list there are still plenty of privately held companies that are acquisition targets and are going to continue to be,” he continued.

Armstrong cited Cincinnati-based TQL as one possible target, as well as somewhat smaller providers Transportation Insight and NFI. Frederic Horst, CEO of Cargo Facts Consulting, brought up the possibility of a merger of two Japanese 3PLs, such as Nippon Express and Kintetsu World Express.

Private equity will likely play a major role in accelerating deals as well, both on the buy- and sell-side. Private equity money could fuel transactions, as logistics is now considered a good bet for PE. Those PE firms that already have a stake in logistics may pressure the companies they’ve invested in to sell, providing a profitable exit strategy for their shareholders. That’s what happened with Panalpina.

According to Armstrong & Associates, which also tracks transport-related mergers and acquisitions, the DSV/Panalpina merger is the biggest deal since 2015, when Japan Post paid $5.1 billion to acquire Australia’s Post Holdings.

DSV has been a likely candidate to launch such a large deal. “They have this aspiration of becoming the number one worldwide and the only way to achieve that within a reasonable timeframe is through making some pretty big acquisitions,” said Horst.

As Armstrong pointed out, only about 2% of global freight travels by air. But unlike ocean-borne cargo, airfreight is a tight market, with capacity constraints, fueled by high-priced goods such as pharmaceuticals as well as e-commerce.

“In North America, our estimated compounded annual growth rate for e-commerce 3PL revenue is 18% from 2017 to 2020,” Armstrong said. “It’s the fastest growing segment and e-commerce is taking out a lot of capacity on the airfreight side. And those companies that can manage that capacity can do very well.”

Airfreight forwarding is a higher margin business than either land or sea and it’s already more concentrated among the biggest providers than ocean, according to Horst. What’s more, air-freight forwarders play a much more dominant role than their land or sea counterparts. Especially in sea, many more shippers book directly with vessel lines, so effectively, forwarders and the lines themselves are competing for business. This helps drive down margins, said Horst. He added that there are far more land-based freight forwarders, a more competitive landscape that also eats into margins. Few shippers, by contrast, deal directly with airlines, leaving the field almost entirely to forwarders.

Panalpina may have as big a name recognition as DSV, but it will very much be the junior partner. DSV’s 2018 revenues of $12 billion were twice that of Panalpina’s, its profits almost eight times and its global workforce of 47,000 employees is more than triple Panalpina’s 14,800.

Panalpina, for example, is one of the few freight forwarders out there with its own dedicated airfreight operation. In this case, there’s a five-year tie-up with Atlas Air to fly two 747s, one wet-lease between Luxembourg and North America, and the other between Hong Kong and the US as dedicated, scheduled charters. “Those kinds of arrangements tend to be multi-year and it’s something that may not sit well with the kind of risk profile that other freight forwarding businesses accept,” said Horst.

Panalpina gives DSV a major geographic boost especially in airfreight traveling between the US and Latin America, as well as Southeast Asia and China. DSV has only been active in Hong Kong, according to Horst.

Overall, DSV has been much more focused on Europe, which has accounted for some 70% of its gross profits.

The DSV-Panalpina deal didn’t come about easily and took a number of twists and turns. Last October, DSV, which has built itself on acquisitions, abandoned pursuit of another Swiss company, Ceva Logistics, after two bids, the latter the equivalent of $1.5 billion.

Then, in January, DSV set its sights on Panalpina, initially bidding the equivalent of $4.36 billion. Panalpina countered by approaching fellow-Swiss company Agility Logistics for a possible merger. DSV sweetened its offer enough to convince Panalpina’s biggest stockholder, the Ernst Goehner Foundation, to agree to a deal.

“They looked at Agility and then decided that DSV was really a better combination,” said Armstrong.

In this mostly stock-for-stock transaction, Panalpina shareholders will have until June 26 to tender their shares, but the success of the deal is a forgone conclusion. Not only did the Goehner Foundation agree, but so did some prominent minority shareholders, private equity groups Cevian Capital and Artisan Partners, which had been pressuring the board for a sale.

DSV paid handsomely for Panalpina, a more than 40% premium over the price of Panalpina shares in January, when DSV first made an offer. The offer price represented a 15.6 multiple to earnings, also known as Ebitda. “It’s higher than the average international transportation management slash freight forwarders multiple,” said Armstrong.

Last year, according to Armstrong & Associates’ tally, there were 14 acquisitions of more than $100 million, the biggest total since 2015, although none rivaled the DSV-Panalpina transaction. Private equity led the way. Two PE firms, Stonepeak Partners and D1 Capital Partners, bought a $700 million stake in refrigerated warehouse specialist Lineage Logistics.

Now, might rejected partners Ceva and Agility themselves join forces in a merger? “I think the jury’s out on that one,” Horst said. 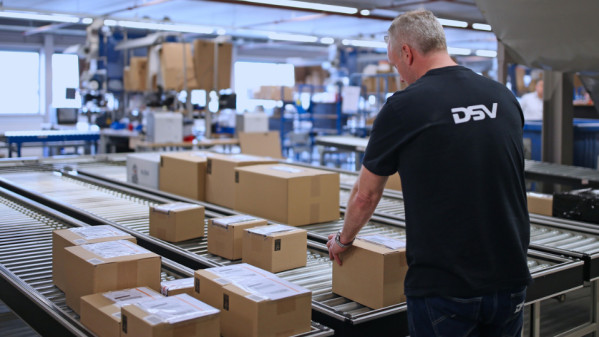