Air-freight movements in Europe are declining at the fastest pace in six years, joining a host of indicators that have raised concern about the economic outlook.

At airports in the region, air-cargo volumes fell 3.3 percent in February, data by Airports Council International Europe show. That’s the fourth consecutive decline and the worst reading since 2013.

While falling cargo volumes hit at a lack of confidence and demand across the economy, the key question for European Central Bank policy makers meeting in Frankfurt on Wednesday is whether this will be temporary or a more sustained slowdown. The U.S. is threatening new tariffs on imports from the European Union, and the IMF on Tuesday cut its global growth forecast again.

In Germany, Europe’s largest economy and its biggest exporter, the picture is also turning more gloomy. February saw the country’s top four airports by freight, where more than 90 percent of the country’s air cargo is handled, all post declining volumes. German industry is in a deep slump, with the factory Purchasing Managers Index at the lowest in more than six years.

The German freight data excludes air traffic in transit that’s not destined for the country or doesn’t originate there.

US sanctions two Lebanese businessmen and a lawmaker

The U.S. Treasury Department is sanctioning two Lebanese businessmen and a member of the country’s parliament who officials say have undermined the rule of law in the nation.

France is trying to block the European Union from conducting talks on pending trade deals until after its presidential election in April, when incumbent Emmanuel Macron faces a crowded field… 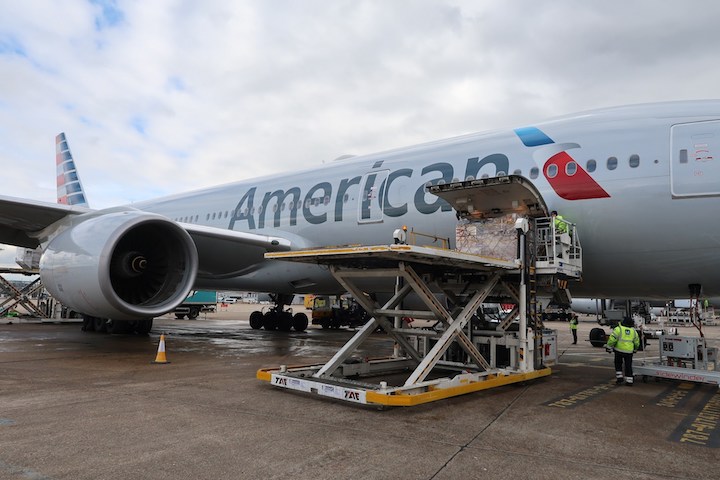