Go inside the global economy with Stephanie Flanders in her new podcast, Stephanomics. Subscribe via Pocket Cast or iTunes.

The European Union gave the green light to start trade negotiations with the U.S., as both economies seek to rebuild frayed relations a week after threatening each other with billions of dollars in new tariffs over a 14-year-old aviation dispute.

EU ministers on Monday authorized talks to eliminate tariffs on industrial goods, following through on a political accord reached in July between President Donald Trump and European Commission President Jean-Claude Juncker. EU trade chief Cecilia Malmstrom said she’s determined to seal an agreement by the beginning of September.

Negotiations will start amid escalating transatlantic tensions, with the U.S. having accused the EU of not acting in good faith and delaying the start of talks. The EU sought the deal with the U.S. president, in part to avoid levies Trump threatened on foreign automobiles and car parts.

“We are ready to move onto the next phase of EU-U.S. relations,” Malmstrom told reporters in Brussels on Monday, adding that she would reach out to her U.S. counterpart immediately to set a date for talks. “I am convinced that breaking down barriers to trade between us can be win-win.”

Trump’s car-tariff warning, which would be based on the same national-security grounds used for controversial duties last year on foreign steel and aluminum, will weigh heavily on discussions, with the EU bristling over the idea that it poses a threat to the U.S.

“We aren’t enemies of the economy here, we aren’t threatening the economy here, we are the closest friends,” European Commissioner of economic affairs Pierre Moscovici said in an interview with Bloomberg last week in Washington. “Let’s cool down, let’s not talk about any trade war between us, but in case, we need to be prepared.”

In a separate trade matter, the EU is considering hitting U.S. goods ranging from handbags to helicopters with retaliatory tariffs to the tune of 10.2 billion euros ($11.5 billion) in a dispute over subsidies to Boeing Co. The plan follows a U.S. threat to seek $11 billion in damages through duties on European goods to counter state aid to Airbus SE.

The removal of transatlantic tariffs on industrial goods would expand U.S. exports to the EU by 13 percent and the bloc’s shipments to the American market by 10 percent, the commission said in January. The average tariff on non-farm products is 4.2 percent in the EU and 3.1 percent in the U.S., according to Brussels.

In its negotiating mandate, the EU made clear that agriculture would not be included in the discussions, with Malmstrom saying this was “a red line for Europe.” This could presage a fight with the U.S., which has insisted that farm goods be a part of the talks.

U.S. Trade Representative’s chief agriculture negotiator Gregg Doud has lashed out at the EU over its farm policies, saying last month that “We can no longer let the EU get away with circulating a false narrative that EU agriculture is superior to the rest of the world.”

The EU also underscored that it wouldn’t agree to any deal as long as the current metals tariffs are in place and that it would be able to “suspend negotiations unilaterally if the U.S. were to impose further trade restrictions against European products.”

“The talks are a great opportunity, because we will be sitting down at the table for technical discussions with a country that has lately been more interested in confrontation than in free trade,” Holger Bingmann, president of Germany’s BGA exporters’ association, said Monday in an emailed statement. 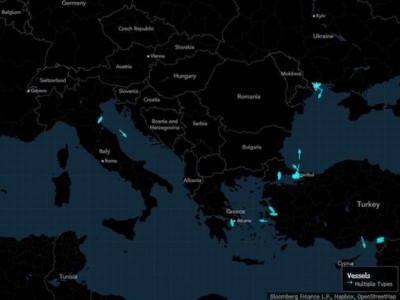 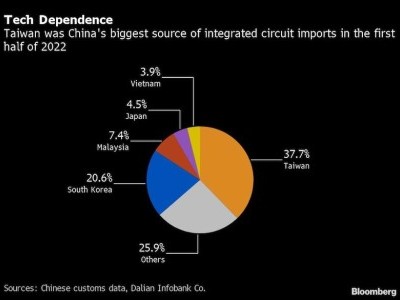