The consortium was first founded by 8 global shipping lines and terminal operators accounting for one in every three containers handled in the world. GSBN has been working with the four technology companies to build the infrastructure needed to enable modern, efficient and global trade. As an independent consortium, it chose a best of breed approach to technology to ensure the infrastructure is strong, reliable and highly scalable. To ensure the control of data by GSBN members, data is encrypted before it is sent to the GSBN platform, hence, GSBN cannot see the data without the members’ authorisation.

To build the underlying blockchain network for its global trade operating system, GSBN partnered with Oracle to harness its Oracle Blockchain platform in Oracle Cloud, which is recognised as one of the leading distributed ledger platforms for building an enterprise-grade, permissioned blockchain. By using blockchain technology, GSBN is able to enable collaboration between disparate and often competing market participants. For the platform layer, GSBN chose to harness Microsoft Azure Southeast Asia Region in Singapore for its high scalability, functionality and security. Furthermore, Azure’s Availability Zones ensure high service reliability and availability.

For deployment in China, Ant Group's AntChain was selected. With its blockchain, secure computing, IoT and other innovative technologies, AntChain provides an enterprise-grade, efficient and reliable platform, and was listed by research firm IDC as the top-ranked provider in the Blockchain-as-a-Service market of China in 2020. This is further supported by Alibaba Cloud, which has been recognised as first in Asia Pacific for Infrastructure as a Service by research firm Gartner in the past few years.

Earlier this year, GSBN has announced selecting IQAX as the technology partner to develop and operate the blockchain platform. 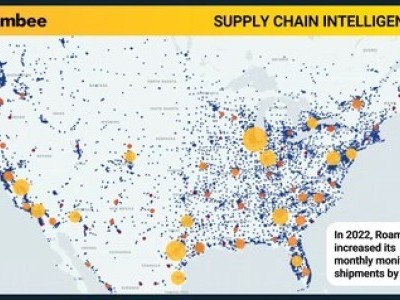