A major US liquefied natural gas exporter will likely extend an outage that began in June, curbing much-needed supply to customers in Europe and Asia right before winter.

Freeport LNG told buyers it will likely cancel shipments scheduled for November and December as work continues on repairs and regulatory approvals before a restart, according to people with knowledge of the matter.

The company’s LNG export facility in Freeport, Texas, which previously accounted for about 15% of US shipments of the fuel, was knocked offline following an explosion and fire. The fate of the plant has fixated gas traders ever since. US gas prices slumped Friday after speculation that repairs could take longer than expected. The closely held company later said that a tweet about cracks in pipes at its terminal contained false information.

While global LNG prices are currently sliding amid a temporary glut ahead of the northern hemisphere winter, an extended outage could tighten the market once again and complicate Europe’s effort to replace Russian pipeline gas. And the longer the export plant remains offline, the more gas will be accumulated at home, weighing on domestic prices.

US gas futures partially erased earlier gains on the news. Gas for December delivery settled up 0.9% at $5.933 per million British thermal units New York, after surging as much as 9.1%. Meanwhile, shares of LNG exporter Cheniere Energy Inc. rose 2%.

As recently as last week, Freeport said it was targeting a resumption of operations this month. But Freeport recently told customers that timeline has become challenging, according to the people, who asked not to be identified as they weren’t authorized to discuss the matter. Freeport LNG hasn’t been clear to clients about when exactly its facility will restart, they said.

The company said it doesn’t comment on its customers’ communications.

“Our work of progressing towards the restart of our liquefaction facility continues. That work includes obtaining the necessary regulatory approvals required for the restart of our facility,” Heather Browne, a Freeport LNG spokesperson, said by email Monday, without providing a timeline.

Freeport still needs to submit its restart plan with the Pipeline and Hazardous Materials Safety Administration, a US regulator, before it can resume operations. The process may take at least one or two weeks to get authorization, according to energy analysis firm Wood Mackenzie Ltd., which estimates the plant won’t start until December. 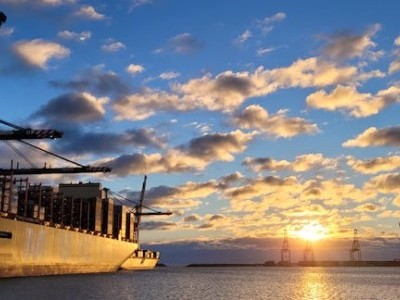