Russia sent its second-ever crude oil shipment east through the Arctic Circle toward China, a route that could one day give the country a faster way to buyers in Asia.

The Vasily Dinkov, a specialized ice-breaking tanker, is traveling along the Northern Sea Route after loading crude late last month from a storage tanker moored at Murmansk, vessel tracking data compiled by Bloomberg show. The ship, hauling a relatively tiny cargo, crossed Russia’s northern coast and passed through the Bering Strait, separating the country from Alaska, over the weekend. It’s due to arrive at the Chinese port of Rizhao on Nov. 17.

The route includes a 3,300-mile voyage across the top of Russia and through some of the planet’s harshest sailing conditions where icebergs and freezing conditions are common. The journey is the shortest passage between Europe and east Asia, taking half the time to reach China from Russia’s Baltic ports than the conventional route through the Suez Canal.

It’s unclear how significant the logistics tweak will prove for Russia -- that will depend on how weather conditions develop. Until now, the vast majority of the nation’s Arctic Sea production has been gathered on storage tankers at Murmansk from small shuttle tankers. It’s then re-loaded onto bigger vessels to deliver mostly to Europe. That trade will essentially halt in the coming weeks because the European Union is banning most seaborne imports from Russia from Dec. 5.

The Vasily Dinkov is a “very advanced” ship with a specialized ice-breaking hull, but there are only eight that are able to make such trips, according to Richard Matthews, head of research at E.A. Gibson Shipbrokers Ltd. in London. As such, the route wouldn’t be particularly viable before summer at the earliest.

“It looks unlikely that any significant volumes could be shipped along this route until summer,” he said.

That the shipment is taking place is a reminder of how the world is getting warmer. World leaders are gathering in Egypt for the next two weeks to discuss ways to combat climate change.

The ship is one of a fleet of three that was built specifically to shuttle crude from Lukoil PJSC’s Varandey export terminal to Murmansk, a round-trip that usually takes about two weeks. Using the ship to move crude to China will take it off its normal duties for as long as eight weeks.

China has increased the amount of crude imported from Russia but the maritime logistics in response to Europe’s ban will need careful planning. Delivering to Asia via the Suez Canal will mean far longer voyages than has been the case so far, driving up vessel demand.

“Europe is already sealed off,” he said. “If they’re not buying, why circumnavigate the entire universe if you can use the Northern Sea Route to get to China in 20 days?”

Further melting is steadily improving the region’s accessibility every year, opening it up more and more to merchant traffic and the accompanying environmental risks that poses.

The state-owned Russian energy-giant Rosneft could increase the volume of crude available to traverse the Northern Sea Route. Its Vostok Oil project consists of several oil fields on Russia’s far Northern peninsula, and is estimated to churn out 500,000 barrels a day by 2024. Construction of an oil terminal in the Sever Bay port is underway which will ensure the shipment of oil from the Vostok Oil fields along the route, said Rosneft in a press release, making it the largest oil-trading terminal in Russia.

The first oil shipment through the Northern Sea Route took place in 2019. There have been none since, according to Katona at Kpler.

While shorter journeys reduce emissions, the route raises environmental concerns that more traffic through the Arctic will add to pollution from tankers’ smokestacks. When the soot darkens the surface of the ice, it speeds up the warming process by absorbing more of the sun’s energy.

Accidents in the Arctic would also be more problematic than normal due to the remote location and lack of local spill response capabilities.

“I’m not sure how you would clean up an oil spill in that part of the world,” Matthews said. 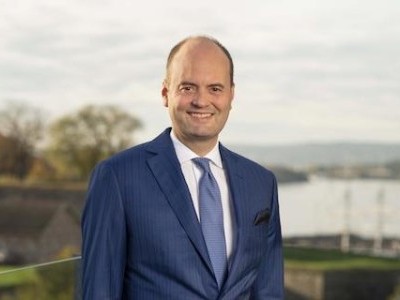 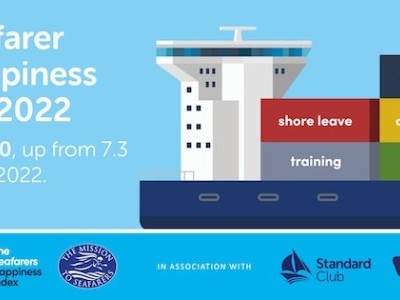