President Donald Trump promised the U.S. and U.K. could as much as triple their trade after Brexit, but stirred controversy by hinting that Britain’s government-run health system could be opened to American companies.

“As the U.K. makes preparations to exit the European Union, the United States is committed to a phenomenal trade deal between the U.S. and the U.K.,” Trump said Tuesday in London during a news conference with British Prime Minister Theresa May. “There is tremendous potential in that trade deal. I say probably two or even three times of what we’re doing right now.”

But he and May hinted at a major obstacle in future talks: U.K.’s cherished National Health Service, which sets prices and pays for hospital care, drugs and other medical services in the country. Many British politicians oppose including the NHS in trade talks.

Trump has advocated for the U.K. to leave the European Union and aligned himself with some of its staunchest Brexit proponents. Earlier Tuesday, he told May and a group of executives that he sees “a very, very substantial trade deal” between the U.S. and U.K. once it leaves the EU.

“Mr. president, you and I agreed the first time we met that we should aim for an ambitious free-trade agreement when the U.K. leaves the EU,” she said. “And from our positive discussions today, I know that we both remain committed to this.”

The discussion largely glossed over the many complications that would arise in trade talks, and the two leaders only nodded at health care, potentially one of the biggest conflicts. Trump, echoing other U.S. officials, said that negotiations would involve the whole of the U.K. economy, including the health system.

May responded: “The point about making trade deals is of course that both sides negotiate and come to an agreement about what should or should not be in that trade deal for the future.”

U.K. Health Secretary Matt Hancock said in a tweet that “the NHS isn’t on the table in trade talks. Not on my watch.”

A trade deal with the U.S. is probably some way off, and will be determined by how sharp a split the U.K. eventually pursues from Europe. If London ends up staying close to the EU—as May’s plan envisioned—then it won’t be free to negotiate a wide-ranging trade deal with Washington.

Trade negotiations can often take years. Trump’s own with Canada and Mexico, which simply amended an existing pact, took just over one year, and the deal’s fate remains unclear amid objections in Congress.

Labour Party leader Jeremy Corbyn assailed the idea of opening the NHS to American companies in a speech to protesters gathered in London immediately prior to the news conference.

“We will not stand for that,” he said. “We will fight with every last breath of our body to defend the principle, for the principle of a health service free at the point of need to everybody, as a human right.”

Trump’s comments on Brexit echoed his tweet Monday—the first day of his state visit to the U.K.—when he dangled the prospect of a “big trade deal” once the “U.K. gets rid of the shackles.”

The White House also released a statement on Monday saying Trump “supports Brexit being accomplished in a way that will not affect global economic and financial stability while also securing independence to the United Kingdom.”

Asked whether the U.K. should exit the EU by the end of October, with or without a deal with the rest of Europe, Trump said: “I think it will happen, and I believe the prime minister’s brought it to a very good point where something will take place in the not too distant future”

He and May also joked about Trump’s advice that the U.K. should have sued the EU over Brexit terms.

“We didn’t sue. We went into negotiations and came out with a good deal,” May said, though Parliament rejected it.

Trade and investment between the two economies has grown significantly over the course of several years. 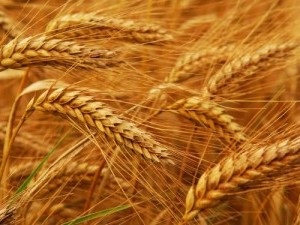 Myanmar said it’s making the importation of fuel and cooking oil more stringent to prevent the trade balance from reverting back into a deficit.

The United Arab Emirates signed a wide-ranging economic pact with Indonesia which will eliminate tariffs and boost bilateral trade.

New Zealand meat and dairy exporters have expressed disappointment with the free-trade agreement Prime Minister Jacinda Ardern has secured with the European Union.