The UK has revoked import tariffs on renewable fuels from the US and Canada, according to a notice from the Department for International Trade.

The removal of the levy on hydrotreated vegetable oil will be applied retroactively from Jan. 30, 2021, according to a spokesman for the Trade Remedies Authority, which was set up after Brexit to review tariffs that had been overseen by the European Union. Any resulting increase in imports won’t hurt domestic businesses because there is no HVO industry in the UK, he said.

The decision would benefit Diamond Green Diesel, a joint venture between Valero Energy Corp. and Darling Ingredients Inc., which is in a good position to export to Europe, said Jason Gabelman, an analyst at Cowen Inc. It could mean more competition for Finland’s Neste Oyj, a leading producer of renewable fuels, he said.

HVO is a standard of fuel which is often made from animal fat and used cooking oil, and can be blended in any ratio or used neat in cars.

It differs from what’s known as fatty acid methyl ester, or FAME, biodiesel, which is made using a different process and can only be blended with traditional motor fuel in smaller quantities. Equivalent tariffs on FAME biodiesel, which is also made in the UK, will be in place for five years from January 2021. 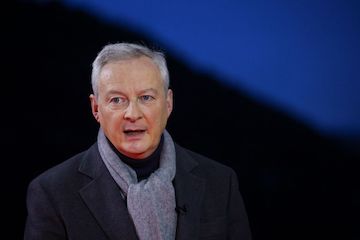 Russia’s oil industry may be coming under increasingly intense international pressure, but its seaborne exports are far from retreating.