ITS America report underscores need for AVs to be accessible, inclusive

Washington – At a time when major automakers are planning to deploy greater numbers of autonomous vehicles (AVs), they have a unique opportunity to ensure people with disabilities have access to this transformational technology.

That is one of the conclusions of Driverless Cars and Accessibility: Designing the Future of Transportation for People with Disabilities, released today by the Intelligent Transportation Society of America (ITS America). The report calls for key players in the transportation, healthcare and consumer electronics fields to work together to encourage manufacturers to produce accessible designs for automated vehicle systems and notes that developing standards and focusing on universal design must happen now.

“This is a transformative time in transportation – everything is changing,” said ITS America President & CEO Shailen Bhatt. “As automakers plan for automated vehicles, this is the perfect opportunity to reimagine and design cars in a way that makes them accessible for all potential drivers.”

ITS America hosted two charrettes and conducted one-on-one interviews related to autonomous vehicles and people with disabilities. One key finding to emerge was that whether persons with disabilities can benefit from the deployment of automated vehicles is directly dependent on how early and to what extent manufacturers take accessibility into consideration in the design process.

Almost 20 percent of people living in the United States had a mobility, sensory, cognitive or other impairment in 2010, according to the U.S. Census. Many modes of transportation are inaccessible, unreliable or ill-suited to people with disabilities and older adults, which often means fewer opportunities for employment, housing, healthcare, and education.

“The automobile industry has a rare opportunity to create an innovative product that can be used by everyone, including wheelchair users, which will reduce much of the waste and associated with customization,” said Henry Claypool, policy director for the Community Living Policy Center at the University of California, San Francisco.

The report notes for a future autonomous vehicle to be fully accessible, automation must apply not only to driving but also to how it is dispatched, how it parks or docks, and how it secures passengers and manages their entry and exit.

It also lays out issues related to public and private mobility services and accessibility, particularly as they relate to the Americans with Disabilities Act (ADA).

“The ultimate aim in creating accessible, autonomous passenger vehicles is for everyone – regardless of age or ability – to travel independently,” Bhatt said.

Participants in the charrettes and follow-up interviews included representatives for people with permanent communicative disabilities, permanent physical disabilities, and the conditionally impaired – those who were injured, veterans and older adults, among others. Representatives from automakers, ride-sharing and technology companies, and public agencies also participated.

The project was funded by the National Institute on Disability, Independent Living, and Rehabilitation Research and the Administration for Community Living. It was conducted as a project of the Community Living Policy Center at the University of California San Francisco. 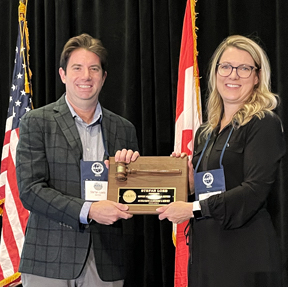 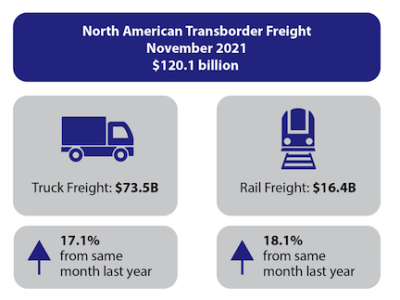 A gusty winter storm remains on track to batter the East Coast, threatening to tie up roads and air travel, cause power outages and dump snow from Washington to New…

One of China’s busiest ports jammed by Covid, ship delays