FedEx Corp. increased its annual profit forecast for a second straight quarter as the courier got a boost from lower U.S. taxes and a record holiday shipping season.

Higher prices and package volumes for ground services are giving earnings a boost, FedEx said in a statement Tuesday as it reported financial results. Earnings for fiscal 2018, which ends in May, will be as much as $15.40 a share excluding some items, the company said. That’s more than $2 a share higher than the previous estimate.

FedEx and rival United Parcel Service Inc. are benefiting from surging demand fueled by ever-expanding online purchases. The challenge for the couriers is that deliveries to homes are typically less profitable than those to businesses, where drivers typically handle more packages per stop.

“Strong guidance for next quarter and increased guidance for the full year is a clear positive (after adjusting for one-time items), and supports our growth outlook,” Logan Purk, an analyst at Edward Jones, said in a note to clients.

FedEx was little changed at $251.81 after the close of regular trading in New York. The shares climbed 1 percent this year through Tuesday, compared with the 1.6 percent increase in the S&P 500 Index. UPS fell 9.3 percent during the same period.

The stronger outlook is based on “foreign tax benefits from our international corporate structure, the benefits from U.S. tax reform and improved operating performance,” Chief Financial Officer Alan Graf said in the statement.

Adjusted earnings for the fiscal third quarter ended Feb. 28 rose to $3.72 per share, compared with the $3.11 average of analyst estimates compiled by Bloomberg. Sales climbed 10 percent to $16.5 billion. Analysts had predicted $16.2 billion.

The courier also said adjusted operating income in the current quarter would be $1.95 billion to $2.05 billion, with an operating margin of 11 percent to 11.8 percent.

FedEx reduced its capital spending plan by $100 million to $5.8 billion, including $1.4 billion to complete its integration of TNT Express, which operates in Europe. FedEx accelerated the effort after TNT was hit by a cyberattack in June, boosting costs to mesh the companies from an original estimate of $800 million.

FedEx said in January it would spend $3.2 billion to increase wages, fund pensions and expand its Express hub in Indianapolis as a result of U.S. tax reform that it expects to boost the economy and domestic investment.

Those investments were made without an increase in capital spending plans. Separately, the company said last week it would invest $1 billion over six years to build a new Express hub in Memphis, Tennessee, its headquarters city. 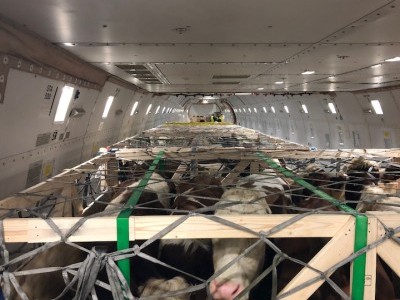