India closing in on using 100 million tons of steel

India will continue to be a net importer of steel for at least the next two years as high-grade products from South Korea and Japan flow in tax free amid worries of escalation in supplies from China, according to Fitch Ratings Ltd.’s local unit.

Overseas purchases by India totaled 7.8 million tons imported in the year ended March 31, making it a net importer, and are likely to stay around that level this year, said Rohit Sadaka, director at India Ratings and Research Ltd. That could increase if India joins the proposed Regional Comprehensive Economic Partnership, or RCEP, opening the door for cheaper imports from China.

“India, being one of the leading consuming countries, is a ready market for their steel as it is a growing market,” he said. “It would be a big threat for the Indian steel players because the local steel industry would not be able to compete with China and its huge surplus.”

India’s annual consumption is close to 100 million tons and there are prospects for further growth from Prime Minister Narendra Modi’s push to build infrastructure. The country was inundated with cheap supplies from China until as recently three years ago, pushing imports to a record, before the government implemented measures such as a floor price on shipments, safeguard taxes and anti-dumping duties to stem the inflow. The measures and the scaling down of steel capacity in China helped push imports lower in the last couple of years.

That could change if RCEP, a proposed 16-member free-trade agreement between all 10 Southeast Asian economies and six other nations—China, Japan, South Korea, India, Australia and New Zealand, is finalized. The 26th round of negotiations of the trade treaty are expected to conclude Wednesday.

“Any duty concession to China under RCEP is going to open the flood gates for Chinese steel imports,” according to Bhaskar Chatterjee, secretary general of the Indian Steel Association. “The existing Comprehensive Economic Partnership Agreements with Korea and Japan also need to be reviewed.”

Currently, South Korea, Japan and some Southeast Asian nations can sell to India at zero import tariffs under free trade agreements. Shipments from South Korea have more than doubled since 2010 to 3 million tons, making it the top supplier of steel products to India.

“For high-grade steel that Indian companies don’t make, they have to depend on South Korea and Japan and this will continue,” Fitch’s Sadaka said.

China’s trade surplus rose to a record as exports grew faster than expected, easing some concerns over waning global demand and providing support for an economy battling sporadic Covid outbreaks…

Myanmar’s military government has slightly eased its mandatory forex conversion rule for exporters and changed the reference exchange rate from 1,850 to 2,100 kyat per dollar as the national currency…

China is moving to tighten label rules on goods from Taiwan

China is moving to tighten the enforcement of existing rules on imports from Taiwan, according to people familiar with the matter, as tensions rise in the aftermath of US House…

US-led sanctions on Russia are a political mistake that increases the risk of a nuclear war, according to a top foreign policy adviser to Brazil’s presidential front-runner Luiz Inacio Lula… 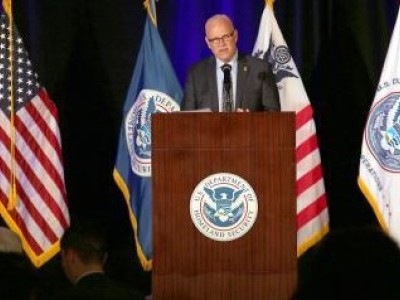