JONES ACT BASICS Q: What is the Jones Act? A: The Jones Act requires all goods shipped between two US points (Jacksonville to San Juan, for example) be carried on ships that are built, crewed and owned by Americans. Q: What is the purpose of the Jones Act? A: The Jones Act ensures the U.S. has a domestic maritime industry capable of protecting our national defense and serving domestic commercial purposes. Q: Why is the Jones Act important to working people? A: The Jones Act directly and indirectly supports 500,000 jobs in the shipbuilding and maritime industries and approximately $100 billion in annual economic output. Beyond employment, the Jones Act creates a framework for safe, good-paying jobs set against an increasingly exploitative international shipping paradigm. THE SITUTATION IN PUERTO RICO Q: Is the Jones Act preventing relief supplies from getting to Puerto Rico? A: No. The Jones Act DOES NOT force Puerto Rico to turn away relief supplies that did not come from the United States or require cargo shipped to Puerto Rico to come through the United States. In fact, both U.S. and foreign-flagged ships have delivered relief supplies to Puerto Rico. Q: If the Jones Act is not preventing relief supplies, what is the problem? A: The storm destroyed the territory’s infrastructure, making it difficult to distribute relief supplies to those who need them. Repealing the Jones Act can’t fix the broken roads, bridges, communications systems, or power grids that are vital to distribution efforts. Q: Is the Jones Act responsible for increasing the price of goods? Does it “double” costs? A: No. Two independent sources have examined this issue: the U.S. International Trade Commission (ITC) and the Government Accountability Office (GAO). The ITC found it was “unable to estimate” the cost of the Act, while the GAO more recently determined that “because so many other factors besides the Jones Act affect rates, it is difficult to isolate the exact extent to which freight rates between the United States and Puerto Rico are affected by the Jones Act.” More recently, pricing information submitted to Congress shows Jones Act rates to Puerto Rico are comparable, and sometimes lower, than foreign shipping rates to nearby Caribbean islands. Q: Will repealing the Jones Act result in cost savings for Puerto Rico? A: No. Puerto Rico is an island—shipping costs are therefore unavoidable. The vast majority of transportation costs between the US mainland and the territory are fixed items: containers/chassis, warehousing and inventory costs, fuel, port charges and other expenses unrelated to the Jones Act. Q: Are there any shipping benefits that Jones Act provides to Puerto Rico? A: Yes. The Jones Act provides a unique, dedicated and reliable supply chain to the territory that is unlikely to be replicated by foreign ships were the law to be repealed. The GAO found that the law “has helped to ensure reliable, regular service between the United States and Puerto Rico – service that is important to the Puerto Rico economy.” THE JONES ACT AND THE U.S. VIRGIN ISLANDS Q: If the Jones Act applies in Puerto Rico, why does it not in the U.S. Virgin Islands A: Puerto Rico and the U.S. Virgin Islands operate under different legal structures. Federal law, including the Jones Act, automatically applies to Puerto Rico. In order for the Jones Act to take effect in the U.S. Virgin Islands, Congress must specifically state its intent for legislation to be applicable. JONES ACT WAIVERS Q: Does the federal government provide Jones Act waivers? A: Yes. The Department of Homeland Security (DHS) can waive the Jones Act for national defense and the Executive Branch can waive the Act for emergencies. Q: Does the labor movement support waivers, including for Puerto Rico? A: Labor will support any waiver of the Jones Act when merited to ensure that supplies are provided to emergencies, including to Puerto Rico. The labor movement has donated supplies and sent workers by airplane to help rebuild Puerto Rico, and we stand with the territory in helping in whatever way possible to improve the short and long-term recovery effort. LABOR AND HUMAN RIGHTS RELATED TO THE JONES ACT Q: What will happen if the Jones Act is repealed? How are U.S. ships treated compared to most foreign-flag operations? A: Exempting Puerto Rico from the Jones Act will open up U.S. shipping routes to foreign shipping companies. These companies are not required to use American-built, American owned or American crewed vessels, and are not held to the same high labor and environmental standards as U.S. ships. Foreign ships often pay their crews dismal wages – and in some cases don’t pay them at all – and subject their workers to dangerous working conditions. By contrast, U.S. ships – and their crews – are held to higher standards and legal scrutiny than competing foreign ships that operate in international shipping. U.S.-flag ships are subject to stringent American labor, tax, safety and environmental laws, and because workers in the United States have the ability to form and join unions, these jobs offer good pay, decent benefits and safe working conditions. 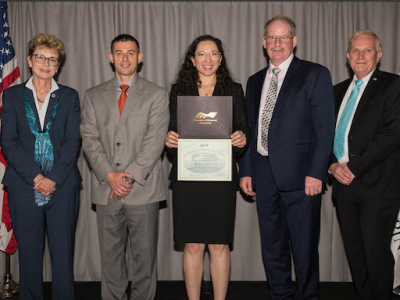